Users communicate with one another under a variety contexts. This is often to decide the fates of others. Similarly, identity-based technologies script us into subjects who shape and are shaped by the dynamics of real world social relationships. This stands to, in many ways afford us power, by prescribing us advantageous roles in everyday interactions. It can also do the opposite. We bring this realization into consideration using the dynamic of game logic.

Our prototyping process involved a series of actionable sprints to push forward. This required structured in-person rendezvous where our team members would collaborate on the production of conceptual logic, code, circuit building, and ideation. Arriving at our initial prototype was a complex process which initially required the production of pseudocode to organize the logic of our code.

We encountered a number of hurdles and gotchas as we progressed through code development. Although the coding of the button and LED screens were relatively straightforward, the RFID was a techically demanding component and challenged our comprehension. We eventually had to simplify the way our code worked in order to expedite the process in order to meet the prototype’s deadline. Because of the amount of time and effort required, we did not have the luxury of changing course on what our project means or what it does. That being said, our concept is relatively high-fidelity based on what we proposed we would make: everything is working as expected.

Following are some of the features we’re seeking to improve in our final couple of weeks together:

These augmentations are in a pursuit of demonstrating a more robust understanding of shaping the natural in-person interactions that structure our game in order to make it more fun.

It is our belief that a pleasurable game experience means minimizing the presence (both visual and technical) of the technology used to mediate interactions between players: by leveraging an approach which maximizes the sense of immediacy and invisibility of the components, we lessen the alienating effects of technology and engage our participants more effectively. This provides a more seamless experience for everyone.

Our project’s purpose is to explore technologies used for authentication, governance and role prescription.The idea here is to examine the capacity of technology to shape human interaction by reifying social relations into programmable code. This points to a modern reality where technologies don’t just impact us on an individual level, but equally on a group level: the spaces that exist between us, the self and other, and what occurs in between.

Here’s a breakdown of our technical components and what they each do. 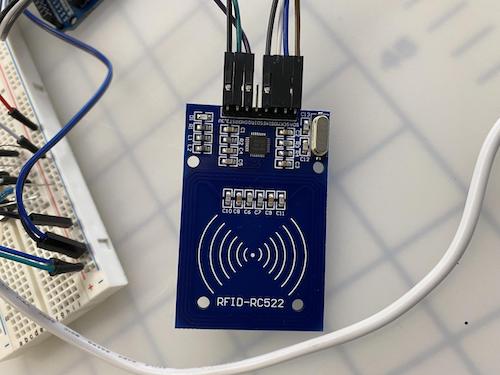